“For this reason, because I have heard of your faith in the Lord Jesus and your love toward all the saints, I do not cease to give thanks for you, remembering you in my prayers, that the God of our Lord Jesus Christ, the Father of glory, may give you the Spirit of wisdom and of revelation in the knowledge of him, having the eyes of your hearts enlightened, that you may know what is the hope to which he has called you, what are the riches of his glorious inheritance in the saints, and what is the immeasurable greatness of his power toward us who believe, according to the working of his great might that he worked in Christ when he raised him from the dead and seated him at his right hand in the heavenly places.” – Ephesians 1:15-20ESV

Truth…how can we even know it in our world? Since the revelation of how prevalent and deep-running “fake news” is, every time I read an article or watch a snippet of news…I feel the worm of doubt eating its way through the back of my mind, unless the news report is on rescued kittens or the latest outfit a female royal wore to a high-profile event. It’s gotten to the point where, unless I actually read the transcript of the entire conversation being reported on, I nearly wholly doubt the truth of what is being reported. The biases are so obvious, even in the most respected sources of world news…how can I even know for sure what is really happening unless I witness it myself? I find myself asking:

And in so doing, I echo the question an incredulous Pontius Pilate posited to Jesus, “What is truth?” (John 18:38ESV). Ironically enough, in a world where we celebrate “You do you” truth, where truth’s parameters are defined subjectively by the individual without any necessary application to anyone else… we hunger for somewhere strong to stand. We want the things we believe in to not just be our arbitrary stances but to have good reasons for us to believe them. We want to know we are doing well, even if we don’t agree what that looks like. We want our lives to have meaning, not just a chasing after the whims of the moment. When we stand at the end of our lives, we want to look back and say, “Man…what a good ride.”

Interestingly, it seems as though we stand in a world similar to the one in which Pontius Pilate first placed his question before Jesus. A preoccupation with gladiatorial violence and love of dangerous chariot races doesn’t seem that different from some of the reality shows and popular sports we see today. People want their shows to be more and more realistic, barring no content in the pursuit of “authenticity”. Paganism, central to Roman culture, is the on the rise in the United States. Extremely lose parameters on sex and sexuality were common in Rome (at least for men), and we see those same parameters sliding away for men and women today. Political unrest and dissidence are shared between ancient Rome and the modern United States, including a general skepticism of the reliability of political entities. I’m sure a more informed historian could draw even deeper parallels.

So we ask, ‘What is truth?” as Pontius Pilate did two thousand years ago…and shrug.

But the question is: what did Jesus say that drove Pontius to ask this heart-deep question?

You see…Jesus is the source of truth we are hungry for.

If you look at the bolded words in this passage, all of them have to do with someone coming to know something in deep, life-changing ways. The Spirit referenced in verse 17 is the Spirit of God, whose whole job is to help us know and understand God’s voice and will. To have your heart’s eyes enlightened is to have them come to see the world through the eyes and love of God so you desire what He desires. To know God’s hope is to know the hope revealed in Jesus’ victory over death, sin, and the Devil when He died on the cross and rose from the grave.

And He is not a truth buried in mystery that we have to hunt down. He is truth revealed. Revealed freely out of love for us. 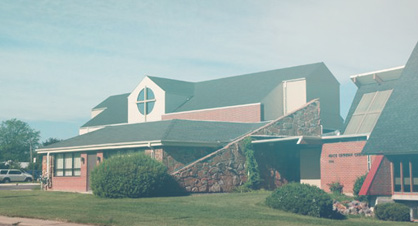